How to pick the perfect name for your blog or startup 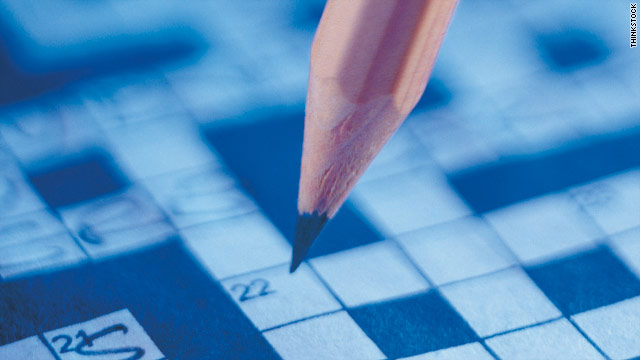 We talked to bloggers, linguists and naming experts to get the scoop on finding a name that will work on the web.
STORY HIGHLIGHTS

Frances McInnis is a journalist and crossword enthusiast based in New York City. She has written about culture for Momentum Magazine, business for Resource World Magazine, and a mess of assorted topics for The Huffington Post.

(Mashable) — Anyone who has sat stymied with their cursor blinking in a “username” field knows that coming up with a name is harder than you’d think.

How do you find that perfect Twitter handle or that ideal epithet for your blog, website or startup — one that’s snappy and memorable, and that you won’t hate by next year?

We talked to bloggers, social media gurus, linguists and naming experts (yes, they exist!) to get the scoop on finding a name that will work on the web.

How Do I Start?

Naming consultant Christopher Johnson, author of the The Name Inspector blog, says you should begin by brainstorming a list of keywords that relate to your blog, website or company. Then hit the reference materials; scan lists of synonyms and etymologies for more options. Friends are useful, too — find the best Scrabble player in your circle and get her involved.

Once you’ve got a healthy list, start culling. Ask yourself:

Does It Mean Something?

Names can be classified on a continuum based on how they communicate to consumers, says Nina Beckhardt, president of The Naming Group, an agency whose employees have crafted names for Walmart, Target and Puma. “There’s a spectrum from descriptive names which speak directly to a product benefit or attribute, to empty vessel names, where it doesn’t mean anything about the product that we’re talking about.”

Descriptive names, such as Stuff White People Like or Blogging Basics 101, immediately convey information about what you do. They are simple, intuitive and help consumers easily identify the mandate of a blog or company.

The downside? They can sound generic and boring, and the accompanying domain name is usually taken. They are also limiting in a fast-moving industry like tech, where what you do now might not be what you’ll be doing in a few years. “A name can be a prison,” says Michael Martine, the blogging and SEO expert behind Remarkablogger. “Take AT&T. There, the last T stands for telegraph.”

Or Does It Mean Nothing?

Beckhardt says that empty vessel names can be completely made-up words (Kodak or Squidoo), words in another language (Hulu, which roughly translates both to “holder of precious things” and “interactive recording” in Mandarin), or those whose meaning is so obscure that people interpret it as an invented word (Google is sparked from “googol,” the name for the number consisting of a one followed by a hundred zeros).

Empty vessel names can be fun to say, can separate you from the crowd, and can be subtler than descriptive ones. “Empty vessel names generate buzz in how different they are from the norm,” says Beckhardt. “They can also create phonetic impact.”

But you may need to put in more money to get the word out initially, says Martine. “Generally, the more of a disconnect there is between the name of a blog and what the blog’s about, the greater the chance it will not succeed.” And a word to the wise: Check to see if the word means something in another language — you don’t want unintended meanings to make a mockery of your carefully crafted name.

If neither descriptive nor empty vessel names appeal, try a suggestive name, which lies somewhere in between. Names like Apple or Yahoo all indirectly allude to the values for which the brand would like to be known.

Will It Work Online?

Nothing kills a name faster than finding out someone else already has it — and in the online hunt for domain names, it sometimes seems like every possible option is taken.

One solution, says Johnson, is to opt for misspelled, made-up or compound words, as in Flickr, Digg or Topix. He says that intentional Web 2.0 misspellings are “attempts to capture meaning and associations of a real English word without having to spend tens or hundreds of thousands on the domain name.”

Johnson also says that search engine issues have affected the style of names. People consciously try to create names with unique keywords so theirs will be the only result in targeted Google searches.

Others incorporate popular keywords into the name in an attempt to improve their position in search results, though Martine believes this is a losing strategy from a branding point of view. “It’s lifeless,” he says. “A keyword is not a brand, where there’s emotional connection with the words.” Plus, since spammers rely heavily on popular keywords, names generated solely with SEO in mind can seem spammy.

Amidst all the search engine and domain name drama, consider that names are memorable when they sound good. “When you’re creating a name, remember you’re putting together syllables — a good design is going to be about pleasing contrasts between consonants and vowels, and consonants themselves,” says Johnson.

But don’t get intimidated by the linguistics-speak. Humans are naturally pretty good at inferring whether a name is melodious or not. Just don’t forsake that natural ability because you’re so focused on domain names, SEO and empty vessels.

You can also use poetic devices to ensure the names stick. Names based on rhymes (TopShop, T-Mobile HotSpot), repetition (Bebo, Lala), and alliteration (Firefox, BlackBerry) tend to be memorable.

For the advanced namers out there, try what Beckhardt calls the “Part of Speech Test.” Beckhardt argues that names that can be used in multiple parts of speech are stronger because people will use them in speech more often. LinkedIn, for instance, can be used as a noun (“We connected on LinkedIn”), as an adjective (“Did you look at her LinkedIn profile?”), and as a verb (“I am going to LinkIn with him”). When a name passes the Part of Speech test, Beckhardt says, it becomes pervasive.

“The name should be easy to pronounce, easy to understand when you hear it, easy to spell when you hear it, and easy to know the pronunciation when you see it written,” says Johnson. However, you can mitigate confusion by buying domain names with likely misspellings and redirecting users to your site.

Punctuation is trickier. Although adding hyphens to domain names or underscores to Twitter handles may allow you to get the name you wanted, people are likely to accidentally leave them out, especially when typing on mobile devices. You’re better off avoiding punctuation if you can.

Finally, shorter is usually better (especially for Twitter handles if you want to be retweeted). If it must be long, the name should be simple and memorable; Postcards From Yo Momma, for example.

If a name is really meaningful to you, it might work even if it doesn’t quite meet all the other criteria.

“Name strength is evaluated on an individual basis,” says Beckhardt. So don’t be intimidated by the rules — just grab your thesaurus and get going.